Opus signinum (‘cocciopesto’ in modern Italian) is a mortar made of tiles broken up into very small pieces, mixed with mortar, and then beaten down with a rammer. This very resilient and waterproof floor covering has been used since at least the 7th century BC. The first example was documented in Lebanon. 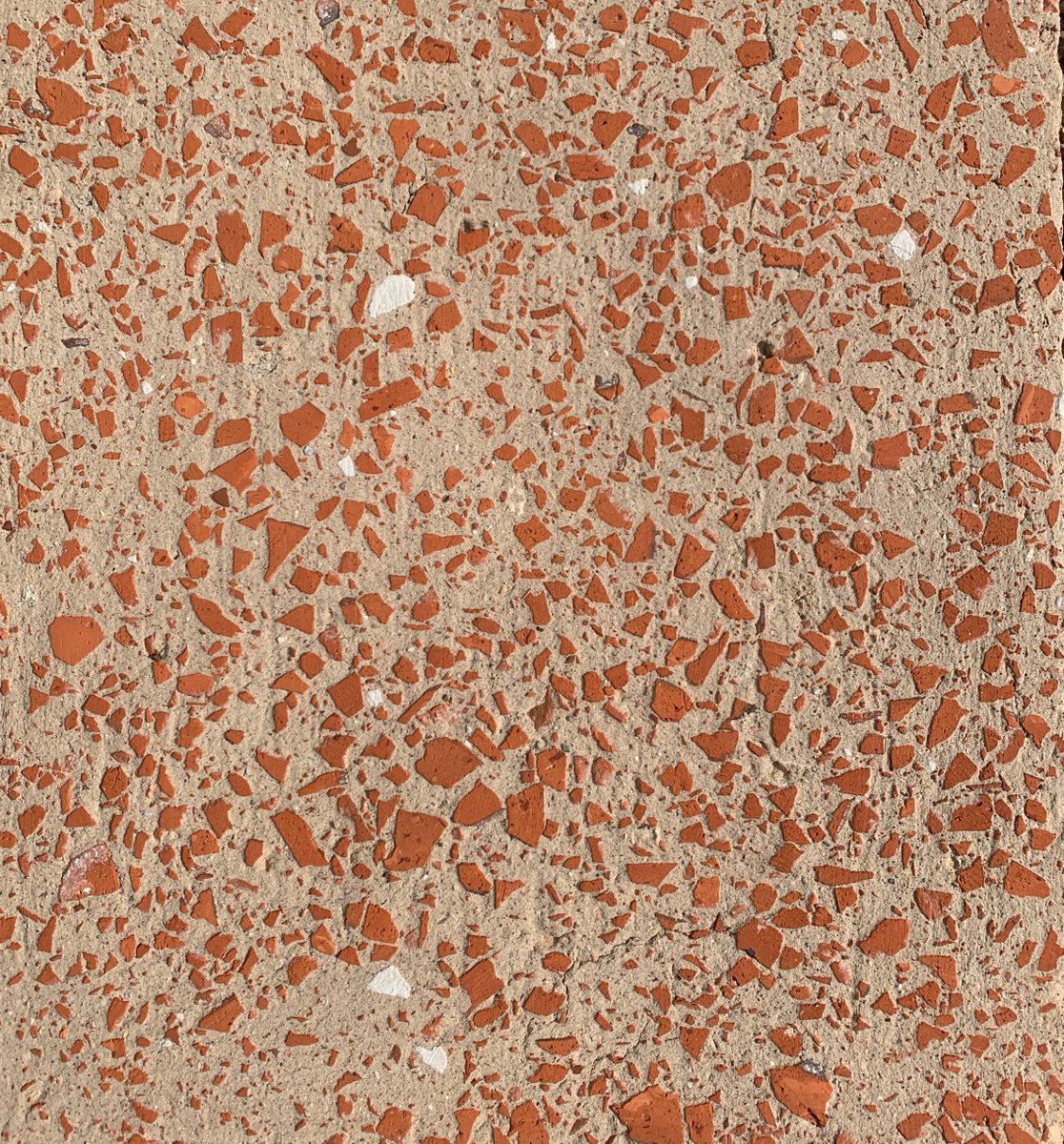 Pliny the Elder in his Natural History describes its manufacture: “Even broken pottery has been utilized; it being found that, beaten to powder, and tempered with lime, it becomes more solid and durable than other substances of a similar nature; forming the cement known as the “Signine” composition, so extensively employed for even making the pavements of houses.” 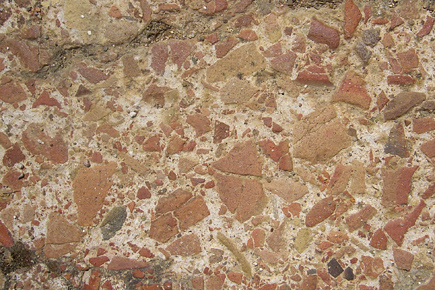 From Functional to Decorative

People have been using stones to draw designs on grounds for millenia. 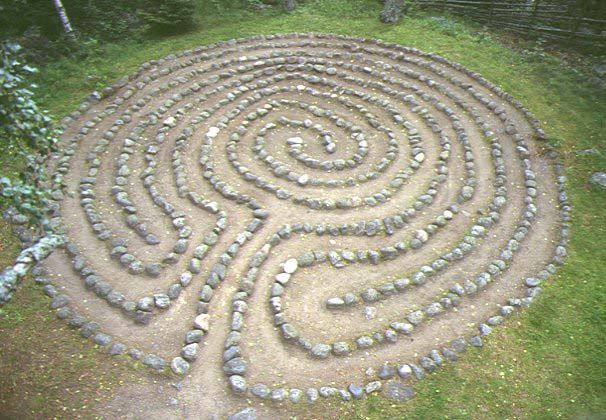 From the beginning people decorated their mortar floors with stones of different colors. They would usually lay them in geometric patterns. 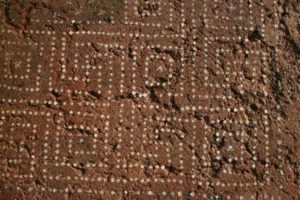 At the Archaeological Museum of Sevilla, Spain, a good size pavement bears mention of the oldest relative known to us of Emperor Trajan. 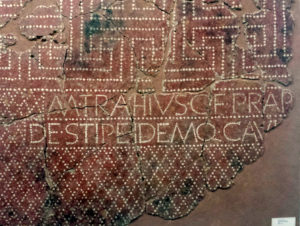 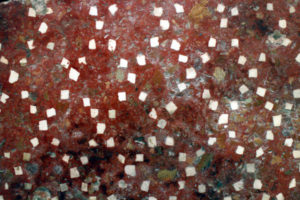 Trajan, like his successor Hadrian, was born in Italica, right beside the modern Sevilla.

and translates n English as:

Marcus Trayus, son of Gaius, prefect, saw to it that a temple to Apollo

was erected by public subscription, as well as the corresponding gates at his expense.

In 2017, many structures belonging to the ancient UCETIA were discovered in Uzes, France. The floors of a 1st century Villa were decorated in both Opus Tessellatum and Signinum.

One of these floors decorated with swastika and dolphins was laid on a WHITE mortar. This is worth noting as Opus Signinum is usually of a reddish color. 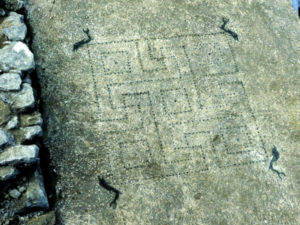 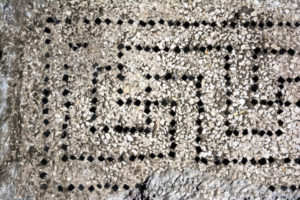 detail of the above mosaic

Only the border of a second floor was preserved. 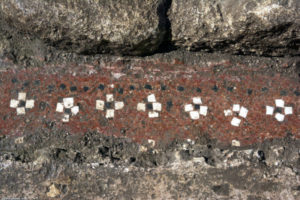 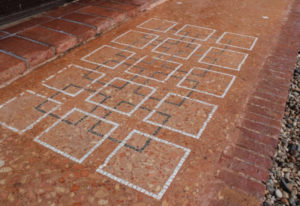 And if you would like to give it a try, you can purchase from firms like Natural pigments  or Frescoshop  “Cocciopesto” (crushed or pulverized clay tiles) to mix your own Signine. 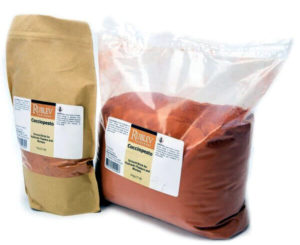 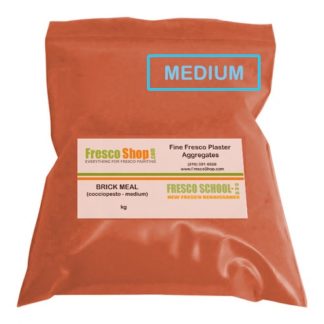 Let me know how it goes.

Frédéric LECUThttps://mosaic-blues.com/
I have always been fascinated by ancient art and architecture. Why and how did our ancestors build the Pyramids, Stonehenge, the Pont du Gard, the Cathedrals ? Even today, building such monuments would represent a technical challenge.
Previous Post
Permanence of patterns – Meander
Next Post
Permanence of Patterns – the Swastika symbol 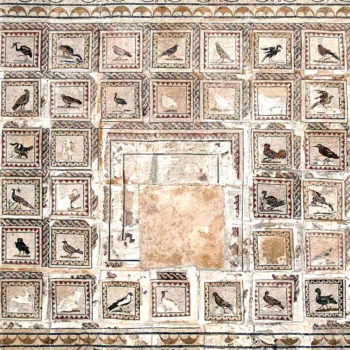 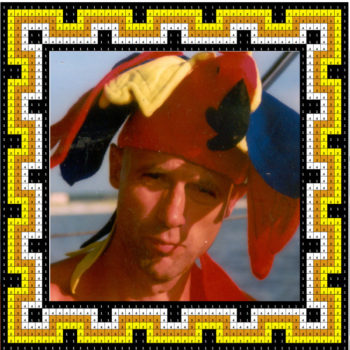 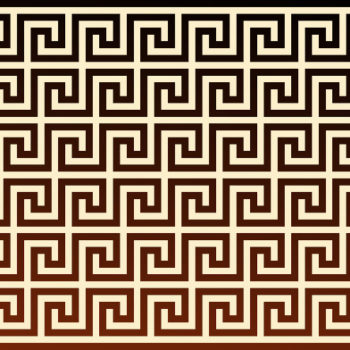 Permanence of Patterns – the Swastika symbol