The City of Vienne is one of France’s biggest repositories of Roman Tile work.  Located 35 km (22 miles) South of Lyon, Vienne was originally the capital of the Allobroges, a powerful Gallic tribe controlling the commerce between Provence, Switzerland and Northern Gaul. Conquered in 121 BC, Vienne became a major Commercial and Military asset of the Roman Empire.

Originally, the town was spreading on both sides of the Rhone river. Nowadays, Vienne sits on the Left bank while Saint Romain en Gal sits on the Right one.

The Archeological museum of Saint Romain is the heart of a 7-hectare cultural park
Here you can see the thermal baths, workshops, homes and shops unearthed since 1967. The museum is divided into four areas:

I am going to tell you about one very interesting geometric design used by the Gallo Roman mosaicists of the area. 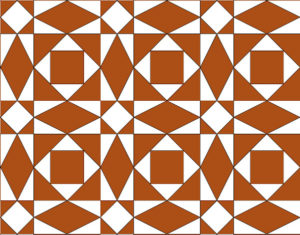 As you can see, this pattern is composed of very simple shapes :

The basic element used to generate the pattern is : 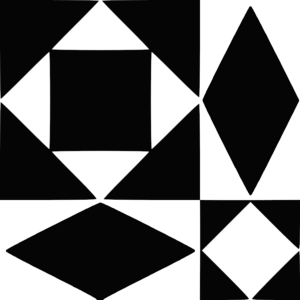 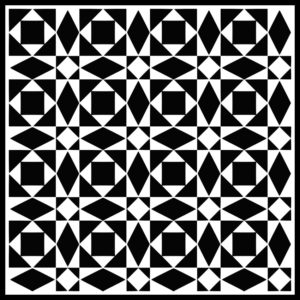 You begin to see circle like and wavy patterns… The straight lines set at slightly different angles are in fact defining circular shapes absolutely undetectable in the basic element. 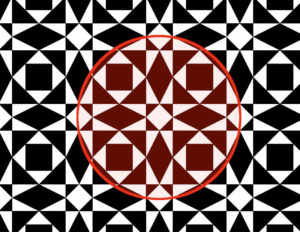 Now, this is the kind of things I love when I study these designs. You start with something very basic, bordeline boring, and you end up realizing it has much more potential than what you were thinking at the beginning.

Some people are like that, they look dumb and dull, and when you get to know them better, you come to realize they are actually much more interesting than what you thought they were. (Works both ways though, some people also look very bright when you first meet them, and then…)

So, I encourage you to play with this design, just copy or reproduce the basic design and use your favourite graphic software to generate something cool out of it. 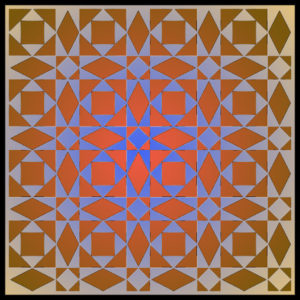 I described in my previous post Roman Tile-001 how you can generate in GIMP a big design based on these basic elements I publish.

I encourage you to use these designs (You can also mix several of them) to create your own stuff, fabrics, mugs, cushions, 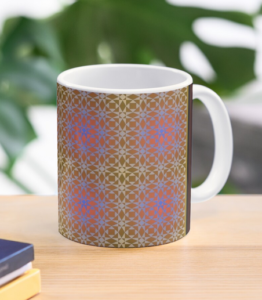 Have fun, Be safe and keep in touch !

Frédéric LECUThttps://mosaic-blues.com/
I have always been fascinated by ancient art and architecture. Why and how did our ancestors build the Pyramids, Stonehenge, the Pont du Gard, the Cathedrals ? Even today, building such monuments would represent a technical challenge.
Previous Post
Meleager and the Calydon boar
Next Post
Roman Tile – 005 – Aquileia 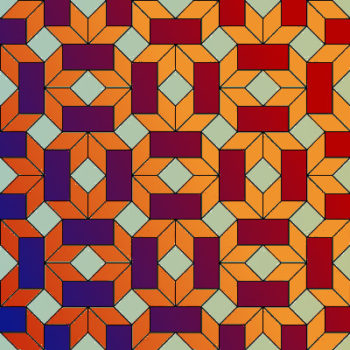 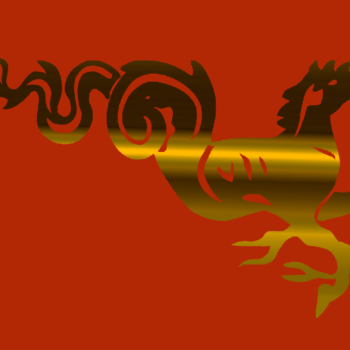 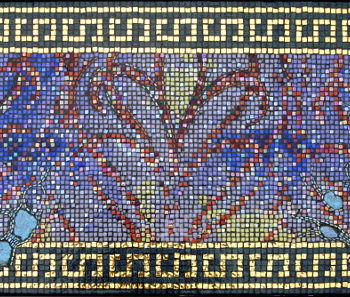