Meleager and the Calydon boar

Mythology and Hunting were a great source of inspiration for Roman mosaicists. The story of Meleager and Atalanta combines both mythological and hunting themes. We have several mosaic representations of it from San Pedro del Arroyo in Spain, Halicarnassus in Turkey Today let us have a look at the story of Meleager, one of the Argonauts, slayer of the Calydon boar.

Meleager was the son of Queen Althea and King Oeneus of Calydon. 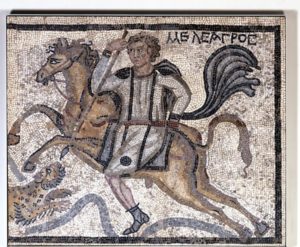 When he was born, the three Fates or Moirai predicted his life would last as long as the huge log that was burning in the fireplace. 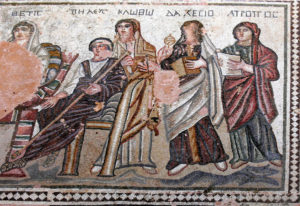 Hearing that, Althea took the log out of the fire, extinguished it and kept it in a secret place in her palace.

Meleager, growing strong and healthy, became the best spearman in Greece. Virtually invulnerable, he joined the Argonauts traveling to Colchis to fetch the Golden Fleece. 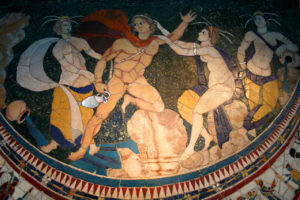 The rapt of Hylas, one of the Argonauts, 4th cent. Opus Sectile mosaic (Palazzo Massimo, Rome) 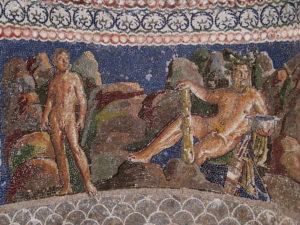 At their return, many among his companions joined Meleager in what became known as the Calydonian Boar Hunt.

The Argonauts and Atalanta corner the Boar, 4th century BC Greek Calyx

When Meleager’s father, King Oeneus, had sacrificed the first fruits of the annual crops of the country to the gods, he had forgotten Artemis. To punish him, the goddess sent a huge boar to devastate the land. The beast trashed the wheat fields, smashed vines and olive trees, killed the herds and terrified the farmers who fled to take refuge behind the city walls.

To get rid of the beast King Oeneus summoned the noblest men of Greece and promised to give the Boar’s skin as a prize to him who should kill the beast. There also came Atalanta, a tall and slender girl, armed with a bow and arrows, whose beauty dazzled everyone in the hunting party.

Atalanta “the one with the agile feet”

Atalanta was daughter of the king of Arcadia Esceneus, king of Arcadia. When she’d been born, her father, disappointed she was’t a boy, had exposed her to die on top of a mountain. But the goddess Artemis sent her a bear who nursed and cared for her. Atalanta thus became the adoptive daughter of Artemis and took vow of celibacy. She became a great hunter and the fastest runner in the world. 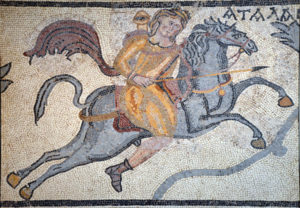 Meleager gives up the skin

The hunters, led by Meleager, entered a thick forest. The boar massacred several of them but was finally first shot by Atalanta before Meleager finished him by spearing his flank. 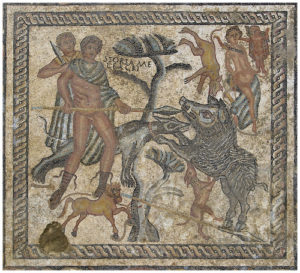 Meleager decided to give the skin to Atalanta for she had first hit the boar.

Meleager’s uncles did not accept that a woman be rewarded by the prize. Meleager killed them, and gave the skin to Atalanta. When Meleager’s mother found out he had killed his two favorite brothers, she took the log out of its hiding place and threw it into the fire. Meleager suddenly felt an internal fire and a great burning and died slowly, thus fulfilling the prophecy of the three fates 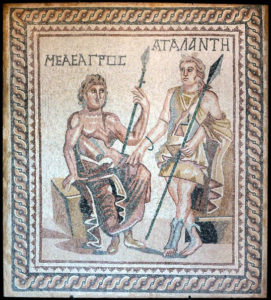 Frédéric LECUThttps://mosaic-blues.com/
I have always been fascinated by ancient art and architecture. Why and how did our ancestors build the Pyramids, Stonehenge, the Pont du Gard, the Cathedrals ? Even today, building such monuments would represent a technical challenge.
Previous Post
Roman Tile 202 – Lalonquette
Next Post
Roman Tile – 13 – St Romain en Gal 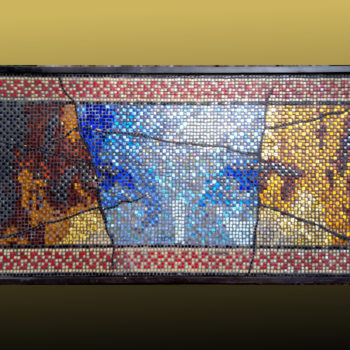 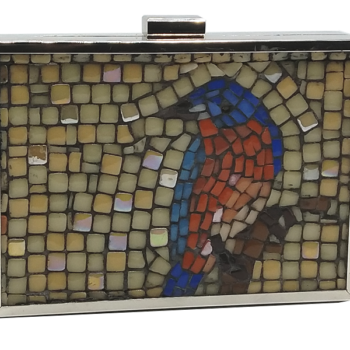 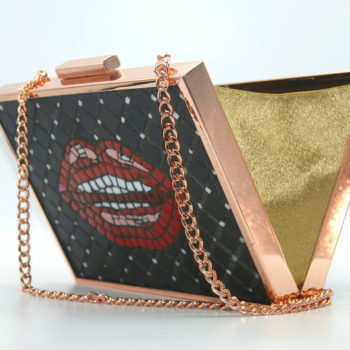 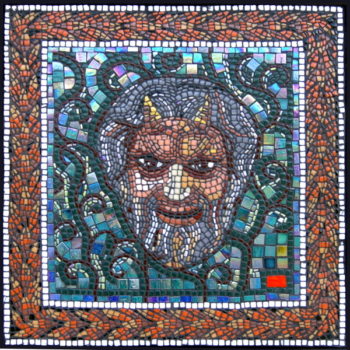