Once upon a time in Britannia

The Corinium Beeches Road Hare mosaic dates from the 4th century. It was excavated in Cirencester in 1971. 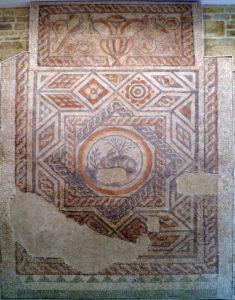 Hares and rabbits are often shown in other Roman mosaics, either part of hunting scenes, or feeding from grapes. We don’t know what this one was eating. 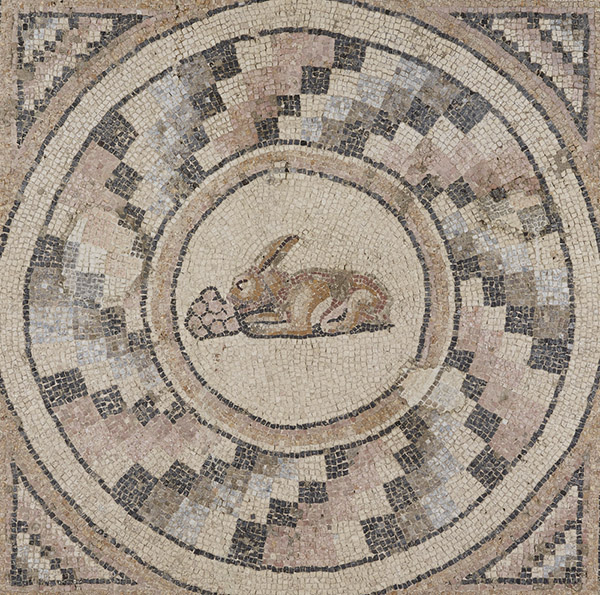 It started as a joke…

When I saw this mosaic an image immediately crossed my mind, I had to create a fake, spoof mosaic based on this rabbit.

I went to work on my computer and came up with this design. 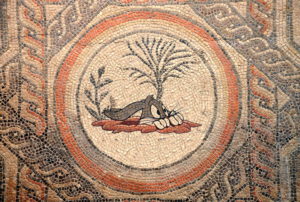 This mosaic never existed but digitally.

And posted it on Social media, clearly stating it was a joke and did not actually exist.

Although the Hare did not go viral, I received a great number of positive comments, likes and shares of people convinced I had actually made the mosaic.

Which made me wonder… How about actually making this mosaic ?

I went to work… 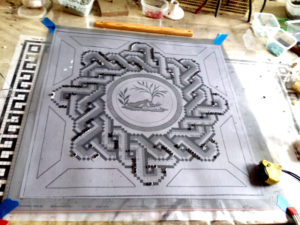 Lepus Vexus on the bench

I built Lepus Vexus in reverse method. Tesserae are glued upside down on top of the model. 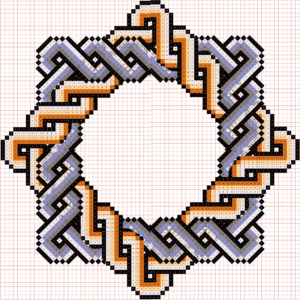 While most of the border is built in a variation of my Opus Pixellatum method, the rabbit himself is Tesselatum. 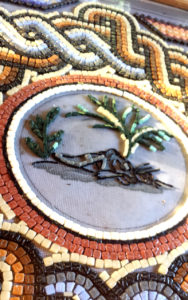 I built the straight trapezes on separate models, independently from the main mosaic 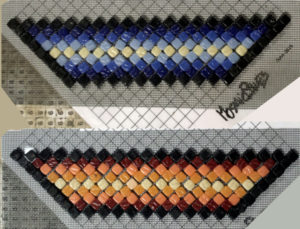 And glued them later on the main model.

As I was working on different projects, it took me one full year to complete Lepus Vexus. 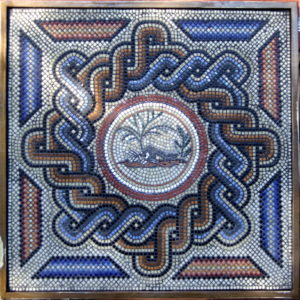 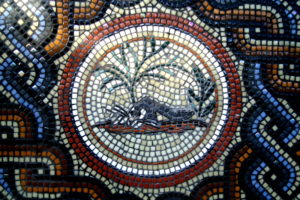