There is much more to Art than the final product.

The work of a mosaicist sometimes includes some some weird and unusual operations.

I have met artists who work without roadmap, they begin something without having a clear idea of what they will end up creating. I admire them, but I cannot work like that. I need a clear idea from the beginning. Is it the engineer in me ? Sometimes I think of myself more as a craftsman than as an artist.

From the first inspiration I get, I create a few sketches, usually on paper, sometimes on my computer, until I get a better vision of what I want. Then i create the actual model I will use to build my mosaic on.

This does not mean I always perfectly follow my model. While several years ago I tended to scrupulously follow it, I now often leave some room for improvisation, and in the case of my Carole series realized several very different mosaics from a same model.

Graphic and other software

I have been using graphic software and other computer programs for a long time to create my models. At this time, I am using 3the 3 following programs :

I have been using GIMP for the past 10 years. It is a free and powerful alternative to Adobe Photoshop. GIMP has been working wonders for me.

Since 2015 I have been using Libreoffice Calc, a free alternative to Microsoft Excel. A spreadsheet is a very convenient tool to generate opus pixellatum models and some geometric designs. It is a also very handy to simulate colors on those models.

Without getting into too much details, here is great illustration of Vector vs Raster graphics

Vector is obviously a very interesting way to create models for mosaics built with a limited number of colors. It is also a very good way to generate elements of geometric mosaics to be cloned and repeated side by side, within GIMP.

Vector graphic is also very convenient to simplify some designs of ancient figurative designs. Actually, i have used both GIMP and Inkscape to create this model of a Gazelle from a 6th century original from Caesarea, Israel.

It is now very common for me to use the 3 programs, GIMP, Inkscape and Libreoffice to create a model. A typical model would have a figurative part generated with GIMP and Inkscape and a frame done with LibreOffice.

While GIMP is relatively easy to learn Inkscape has been is a little more complicated for me. These programs use slightly different logics. They are however, totally worth the effort if you aim at creating great mosaics. I know our ancestors did not use computers, but they would have had they been able to. The more I progress in my studies of Roman mosaics, the more I think the artists used models as templates to lay their tiles and had catalogs of drawings for their patrons to chose from.

“Oh, would you rather a lion or a tiger running behind that Gazelle sir ? “

Frédéric LECUThttps://mosaic-blues.com/
I have always been fascinated by ancient art and architecture. Why and how did our ancestors build the Pyramids, Stonehenge, the Pont du Gard, the Cathedrals ? Even today, building such monuments would represent a technical challenge.
Previous Post
Thinset and grout
Next Post
Starrett Nippers 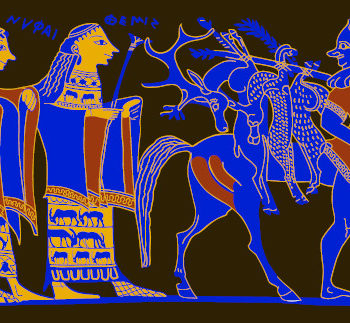 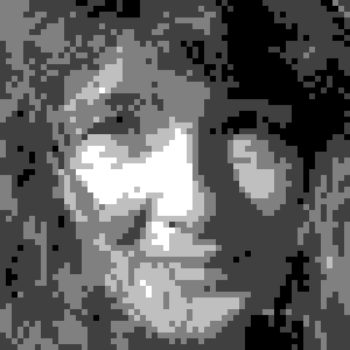 How to Mosaic : Create a Grayscale Mosaic Model on your computer 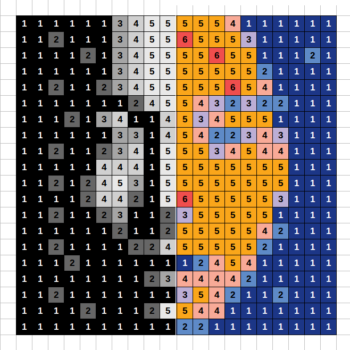 How to Mosaic : Color Simulations on Opus Pixellatum model