You thought modern Art was modern ? Wait until you see those Roman mosaics from southern Spain.

Just back from a wonderful trip to study Roman mosaics around Seville in Spain. I found 2 small present paper bags on my desk… 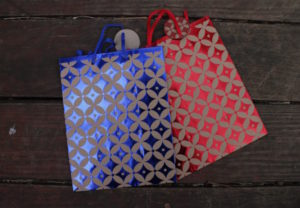 I had purchased them to bring them with me to France and had forgotten them – with a few other things – before I left.

And suddenly it occurs to me ! 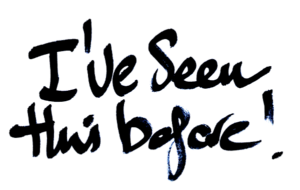 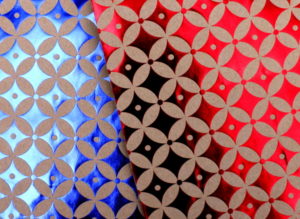 This pattern is described by Spanish Archaeologist as Flores Cuadrifolia – 4 Petals Flowers ( I feel Spanish sounds sexier than English by the way… How about you ?)

This mosaic paved the famous House of Mithra – Casa del Mitra –  located at Fuente de las Piedras, Cabra (Córdoba). It is dated late 3rd century , 4th century AD and it was excavated in 1972. The decorative pattern of the main panel “Cuadrifolios” – four petaled flowers – is made of black, white, sienna and red tesserae. This piece is presently displayed at the Archeological Museum of the town of Cabra

This one, in excellent state of preservation, was excavated in 1997 from a Villa in the modern town of Moclín. Dated, from the 2nd century AD, its decorative patterns  – Four petaled flowers decorated with bicolor squares in between –  is made of small black and white tesserae – 1cm – 3/8”. This mosaic can be seen today at the Comarcal center of interpretation of the town of Moclín.

And so that’s it for today, I love this kind of things that beyond time connects us to our ancestors, and I wanted to share it with you. 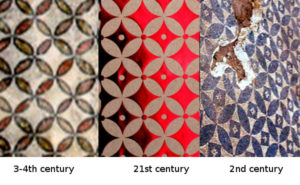 I am presently working on building a library of Roman mosaic borders for use in Modern Mosaics. It will take me a while before I actually publish a full book, but I will share my progress with you. Stay in touch, I welcome your comments and suggestions !

Frédéric LECUThttps://mosaic-blues.com/
I have always been fascinated by ancient art and architecture. Why and how did our ancestors build the Pyramids, Stonehenge, the Pont du Gard, the Cathedrals ? Even today, building such monuments would represent a technical challenge.
Previous Post
Happy New Year
Next Post
Grout coloring