Tesshu’s Tiger is a reproduction of a calligraphy by the 19th century Japanese Master Yamaoka Tesshu (1836- 1888). 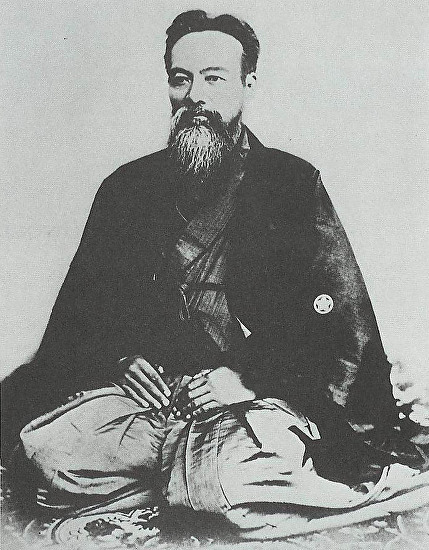 Tesshu was a Master of Sword, Zen, and Calligraphy.

I made this piece for a Japanese friend of mine, also talented Sword practitioner. It is made of Travertine and black Granite only and mounted in a wooden frame.

In Taoist tradition, Dragon and Tiger are another way to symbolize Yin and Yang.
This Tiger mosaic is also paired with its counterpart, Tesshu’s Dragon. 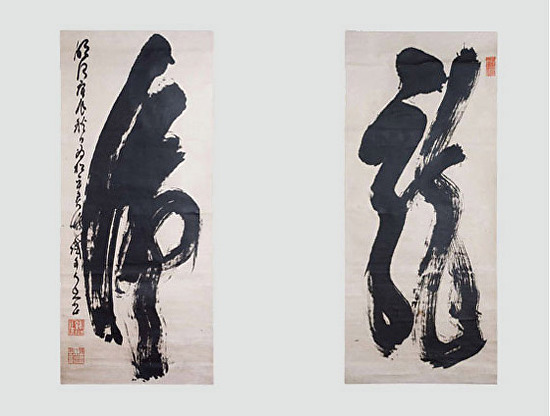 The Original Dragon and Tiger Calligraphies 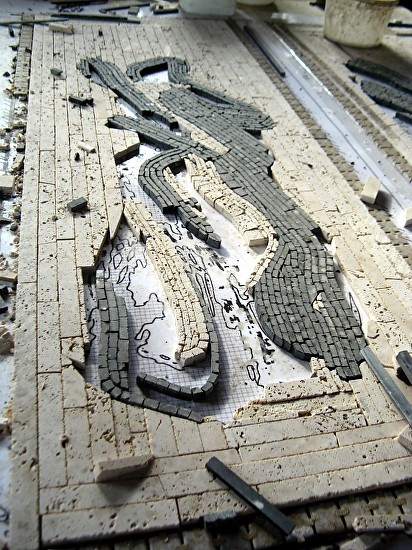 I built Tesshu’s Tiger in reverse method, upside down, mirror image. What you see here is the back of the Dragon mosaic on January 29, 2013.

I take great pleasure in realizing mosaics of Chinese calligraphies, rendering the impression of the ink on the paper is a very interesting task, you have to lay your stone tesserae as if they were droplets of watery ink. There is a lot of visualization to be done while doing this. Having myself studied Calligraphy with a Korean Master years ago is a source of inspiration for the task. 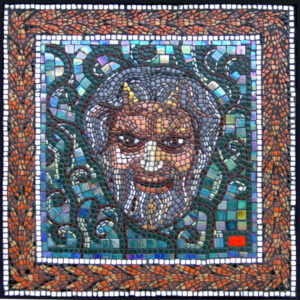 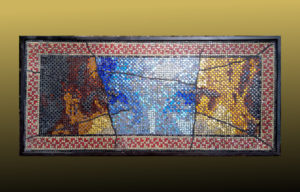