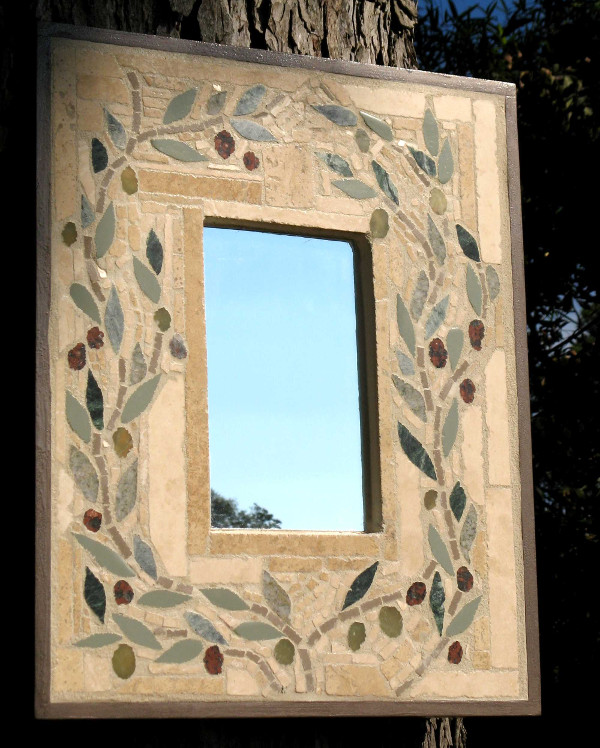 The olive branch is usually a symbol of peace, harmony and hope. 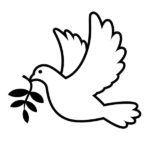 The dove and olive branch is used as a symbol of peace, further to the Christian belief of the story of Noah and the Flood (with a passage that describes a dove returning to the ark with an olive leaf, a sign of life after the floods).

It is also a symbol of victory. The origin of this meaning comes from Greek mythology: when Athena competed with Poseidon for possession of Athens, Poseidon claimed possession by thrusting his trident into the Acropolis, and Athena did it by planting the first olive tree beside the well. The court of gods and goddesses ruled that Athena had the better right to the land because of her gift.

This medium size mirror is surrounded by a mosaic of intertwined olive branches made of cream travertine, green and brown marbles.

May Peace be with you. 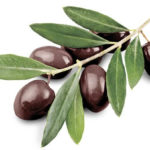 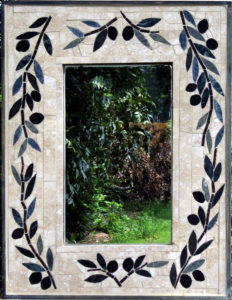 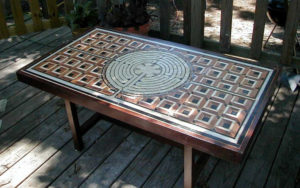