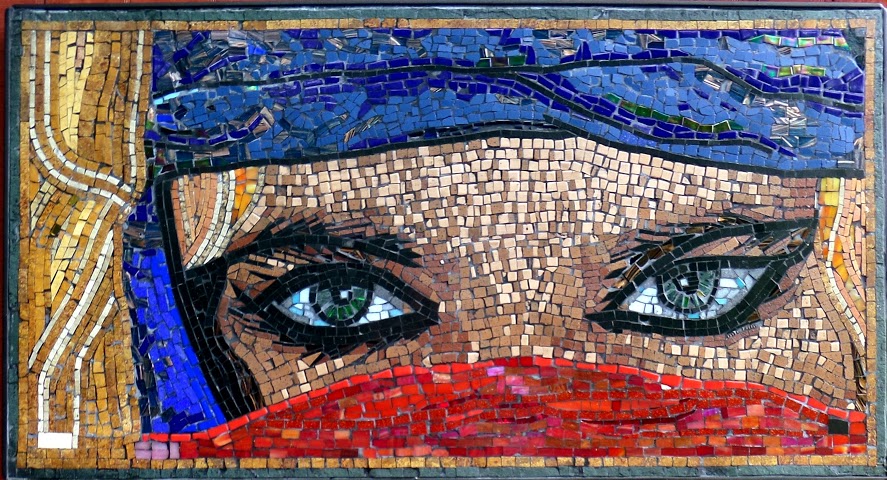 Miriam is the twin sister of Mariam. Both are the younger sisters of Green Eyes, who is now displayed in a private home in Dubai.

Mariam was ordered by a good friend of mine out of Londinieres, France. When she commissioned Mariam, I decided to create at the same time her twin sister, experimenting with a different technique. 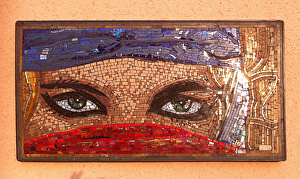 Mariam as Miriam were build with the Reverse Method. When I use materials of different thicknesses, (Glass, Stone, Ceramics) my mosaics are built upside down to make sure the final surface is flat. Once all tesserae are laid, I glue a support on top of them. After this I flip the whole piece and proceed with its finishing.

I built Mariam following the classic Reverse Method, but Miriam was laid on top of a Fiberglass Mesh. My goal was to  figure out the possibility to realize an “Almost Complete” mosaic which would only include the tesserae, but no support, concrete, grout or thinset. This would allow for a much reduced cost of international shipping. 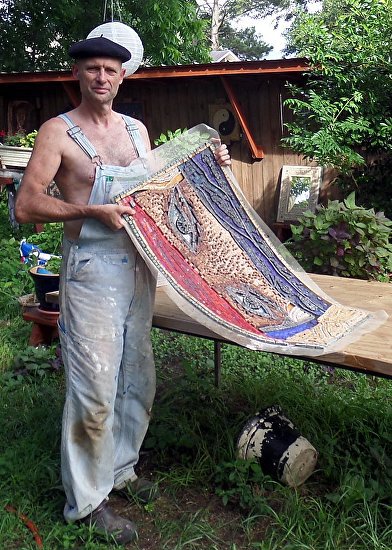 Here is Miriam on her mesh. What you see is the BACK of the mosaic, which was later glued onto its final support. The experiment was positive. Such “Ready for Thinset” mosaic is 60 % lighter than the finished piece.

I later glued its support on the back of Miriam as I do for regular Reverse method mosaics. When I flipped her over I just had to peel the mesh from her face before I could finish her. 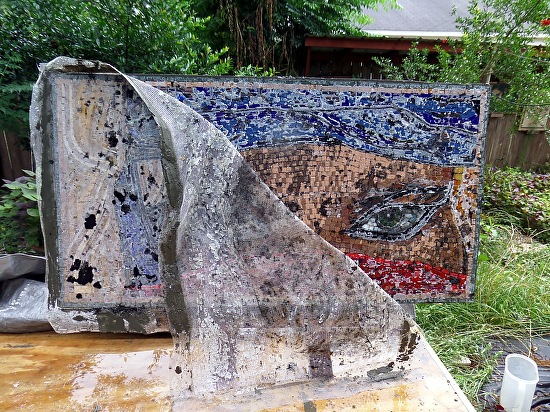 On August 30, 2014, Miriam was awarded the First Prize at the 14th Annual Juried Art Show of the Rudd Art Center Museum in Ozark, Alabama. 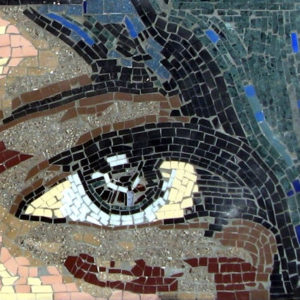