In January 2016 a guy offered to sell me a mosaic from Turkey. His offer came  through Facebook direct messenger. The mosaic – supposedly excavated from the area of Hatay Antakya (Ancient Antioch) – had been discarded by the archaeologists. The offer came with several pictures. 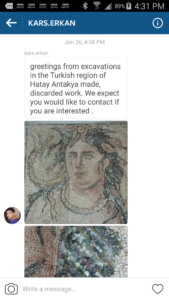 When I saw how beautiful the mosaic was I could not believe anybody with common sense could have discarded it ! 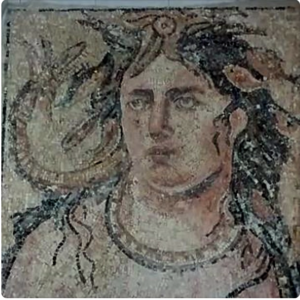 The mosaic offered from Turkey

I quickly suspected this piece had been stolen.

I tried to engage the man trying to sell this piece, asking him details about it.
He answered to me in Italian and suggested I get in touch with him though a WhatsApp telephone number. 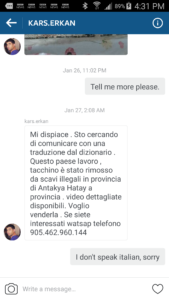 In the meantime a search for “Roman Mosaic of Syria” brought up the description of the actual mosaic in the book “Mosaics of the Greek and Roman World” by Katherine M.D.Dunbabin.

The figure of the Sea Goddess occurs frequently on mosaics of the region of Antioch, but never with the power shown here: almost to large for the frame, the figure dominates the small room where it is set. The characteristics of the «Constantinian renascence» are apparent in the broad smooth surfaces and the careful delineation, for instance of the wide opened eyes; but the combination of the massive force of the face and the restlessness of the dark hair makes this work of exceptional quality. Around it, a wide border shows Erotes in boats and fishing, on a sea marked by broad bands of colour. 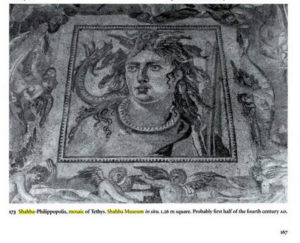 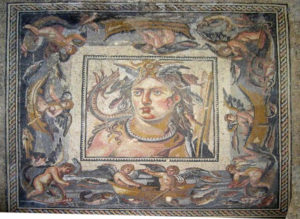 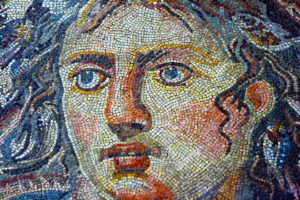 detail of the looted mosaic

CBS News’ article Following the trail of Syria’s looted history describes how artifacts looted by ISIS or under the authority of ISIS regularly end up on the antiquities markets in London, Paris or even New York.

I went to the FBI website to report this looted mosaic and have not heard anything about it.

Frédéric LECUThttps://mosaic-blues.com/
I have always been fascinated by ancient art and architecture. Why and how did our ancestors build the Pyramids, Stonehenge, the Pont du Gard, the Cathedrals ? Even today, building such monuments would represent a technical challenge.
Next Post
Five Gorgeous Roman Mosaic Portraits 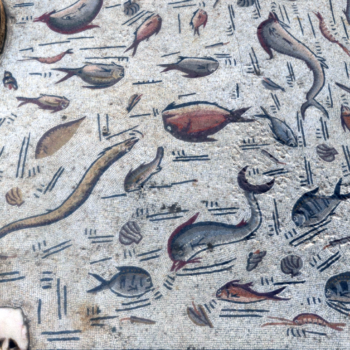 A unique Roman mosaic discovered in a Sevillian town 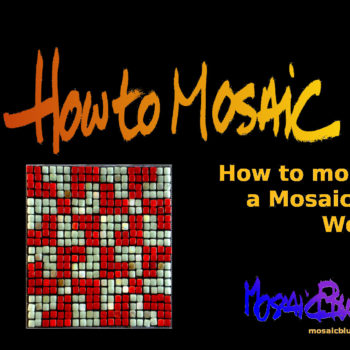 Mounting a Mosaic on Wood. 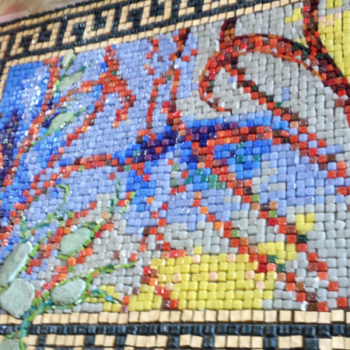