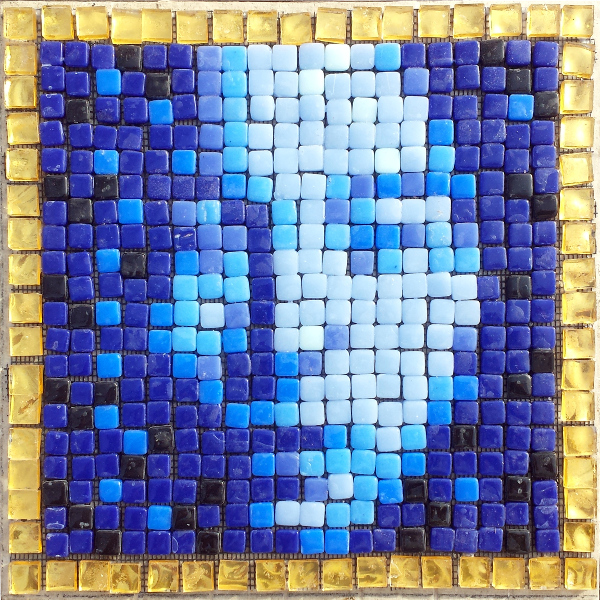 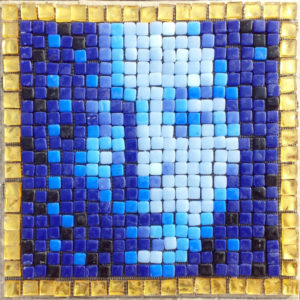 Blue Asian face is the third of a series of mosaic portraits of the same intriguing Asian face. It is realized in a bluescale of regular and iridescent 8 mm glass tiles, with a border of 10 mm golden smalti from mosaic art supply

The original design dates from 2015 when I was experimenting with Opus Pixellatum. The first Asian Face was a grayscale one, encased in a beautiful golden travertine slab. 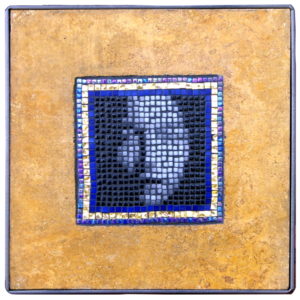 Because I liked the peaceful mystery behind this face I decided in the fall of 2017 to create a series of variations on this theme. These would have to also illustrate the amazing versatility of my Opus Pixellatum technique to improvise on a theme with mosaics. 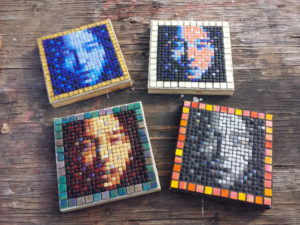 While those four pieces are exclusively realized in Opus Pixellatum, I plan to realize in 2018 several other pieces – on the same model – using both Opus Pixellatum and Tessellatum and some non-traditional mosaic techniques.

In 2017 I started offering training  – online coaching and classroom seminars – on the use of those techniques to beginners and confirmed mosaicists and will keep doing so in 2018. 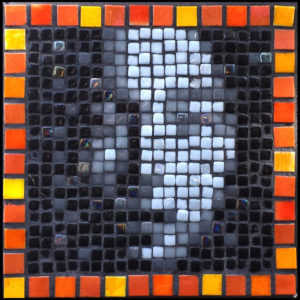 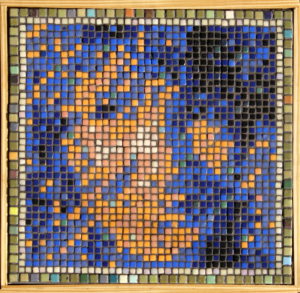